One of our Aurora PostgreSQL database’s(48 cores) CPU usage stuck at 100% for nearly 8 hours. These situation happened 3 times in the past 4 months. We are using AWS’s business support plan, in the past few month, we worked closely with the support team to diagnose the issue, but still haven’t found what caused the problem. Thus I post this problem in the forum, any advice is very much welcome.

Problem 1: As mentioned above, the most obvious appearance of these problem is database’s CPU stuck at 100% for a vary long time, then suddenly back to normal without intervention, as we can see from the two screenshot below(the second image is a screenshot from the database’s Performance Insight panel): 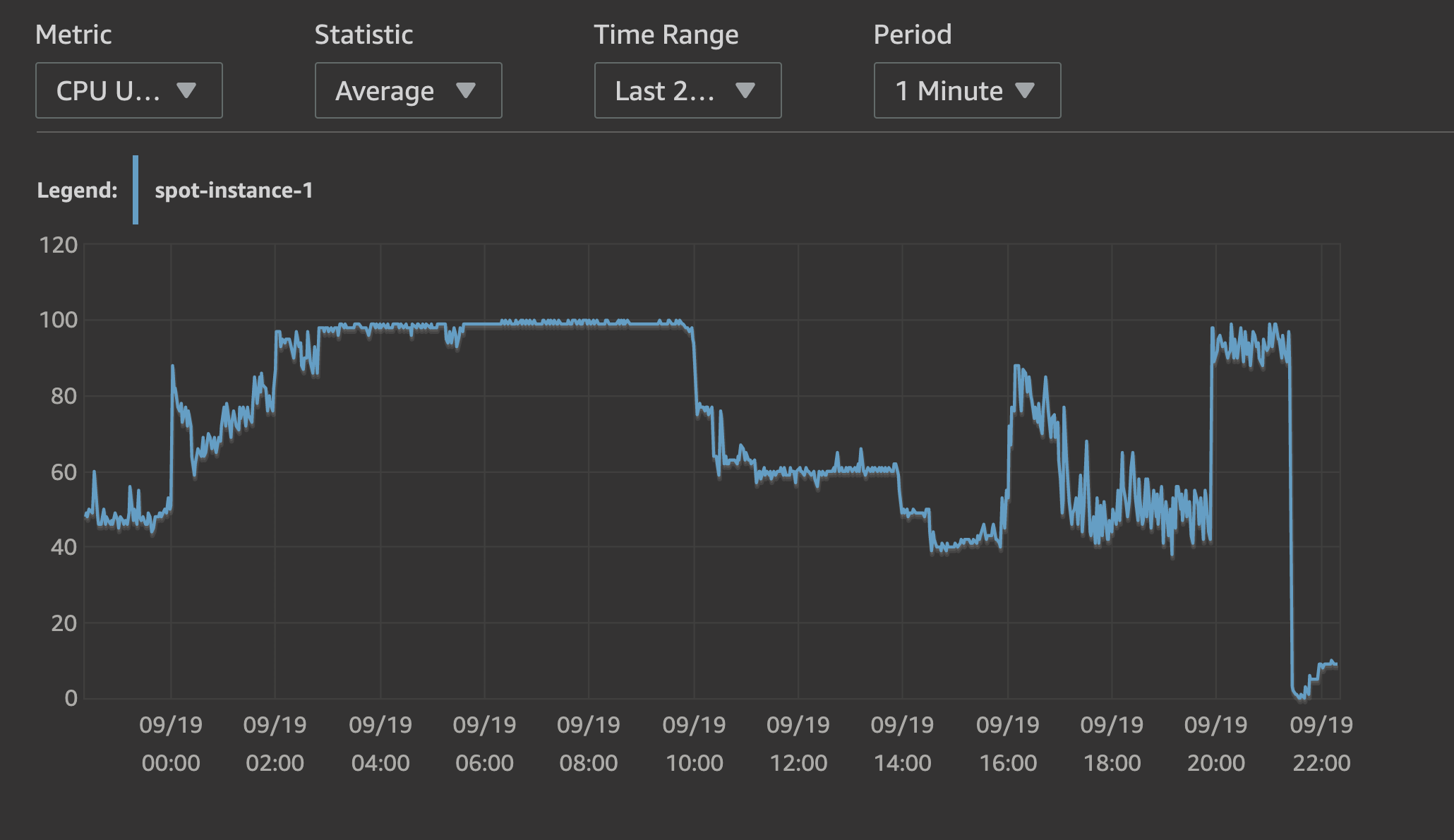 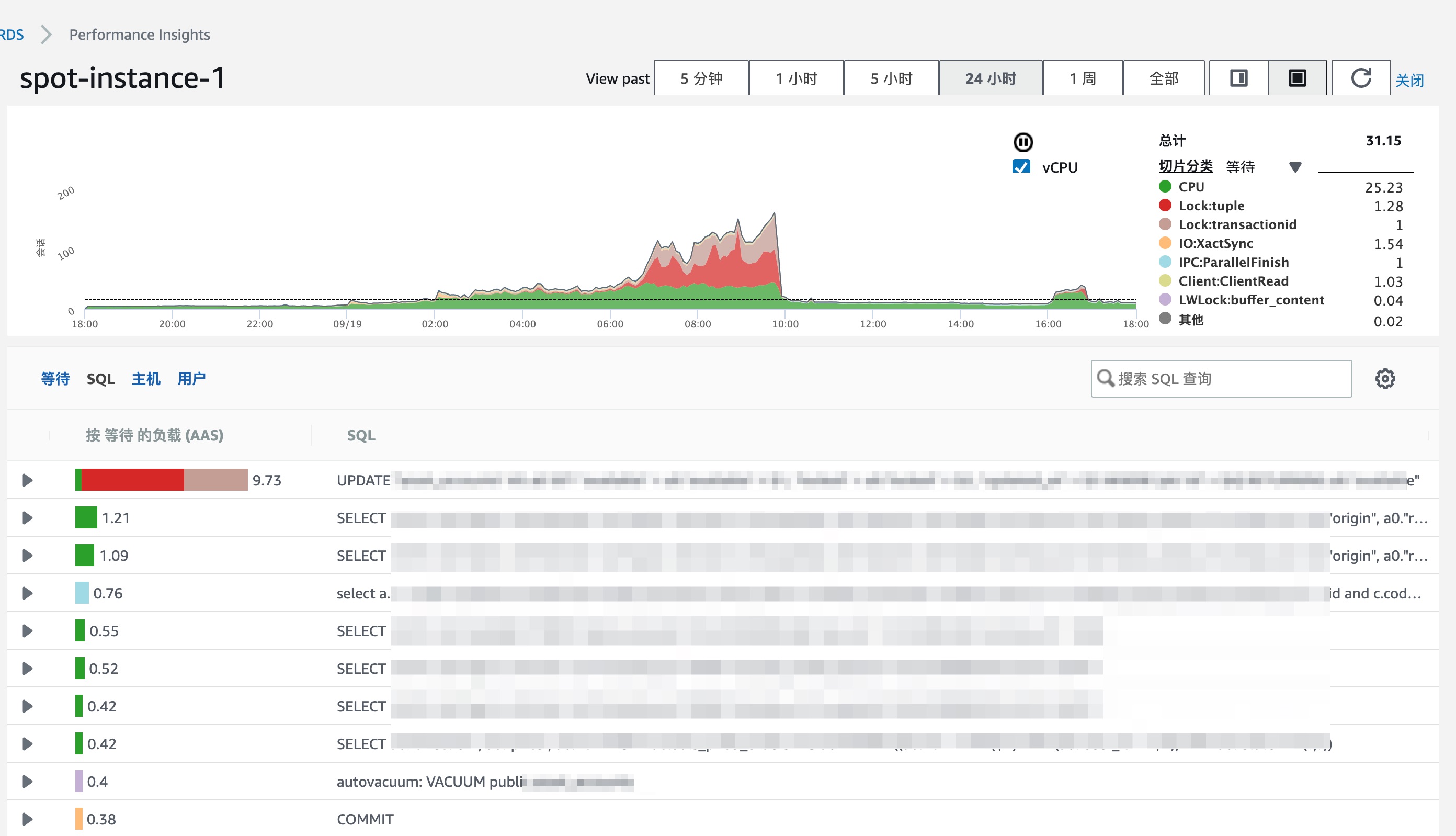 Problem 2: When this incident happens, several empty tables that server as FIFO queues in our service, takes enormous time (roughly 500 ms) to execute a simple query:{code}select * from order by id limit 1;{code}
in normal circumstances, a query like might just take several ms. At that time, I check the auto_vacuum execution about these tables, seemed that auto_vacuum service run normally, but every time when it ran, failed to retrieve table’s dead_tuple. Then I executed +vacuum + manually, still failed to retrieve dead_tuple.

What we have done

The vacuum problem is relatively easier, as Laurenz kindly pointed out, the reason why vacuum not working is there’re long running queries.

After the situation occurred, we check the database’s log, didn’t found any dead lock or slow query, also during or before that 8 hours, the traffic to our service remain as normal.

From the second image above, we can see that an +update+ SQL take a lot database’s resource. AWS’s support suspected that this SQL is what responsible for high CPU usage, as it might locked the table. We disagreed, for reasons that:

Also, CPU became busier way before the vacuum situation occurred, the images below show the relationship between max transaction ID and CPU usage(the first image used UTC time zone, the second used UTC+8, which I added according UTC time below, I’ll use UTC in this question): 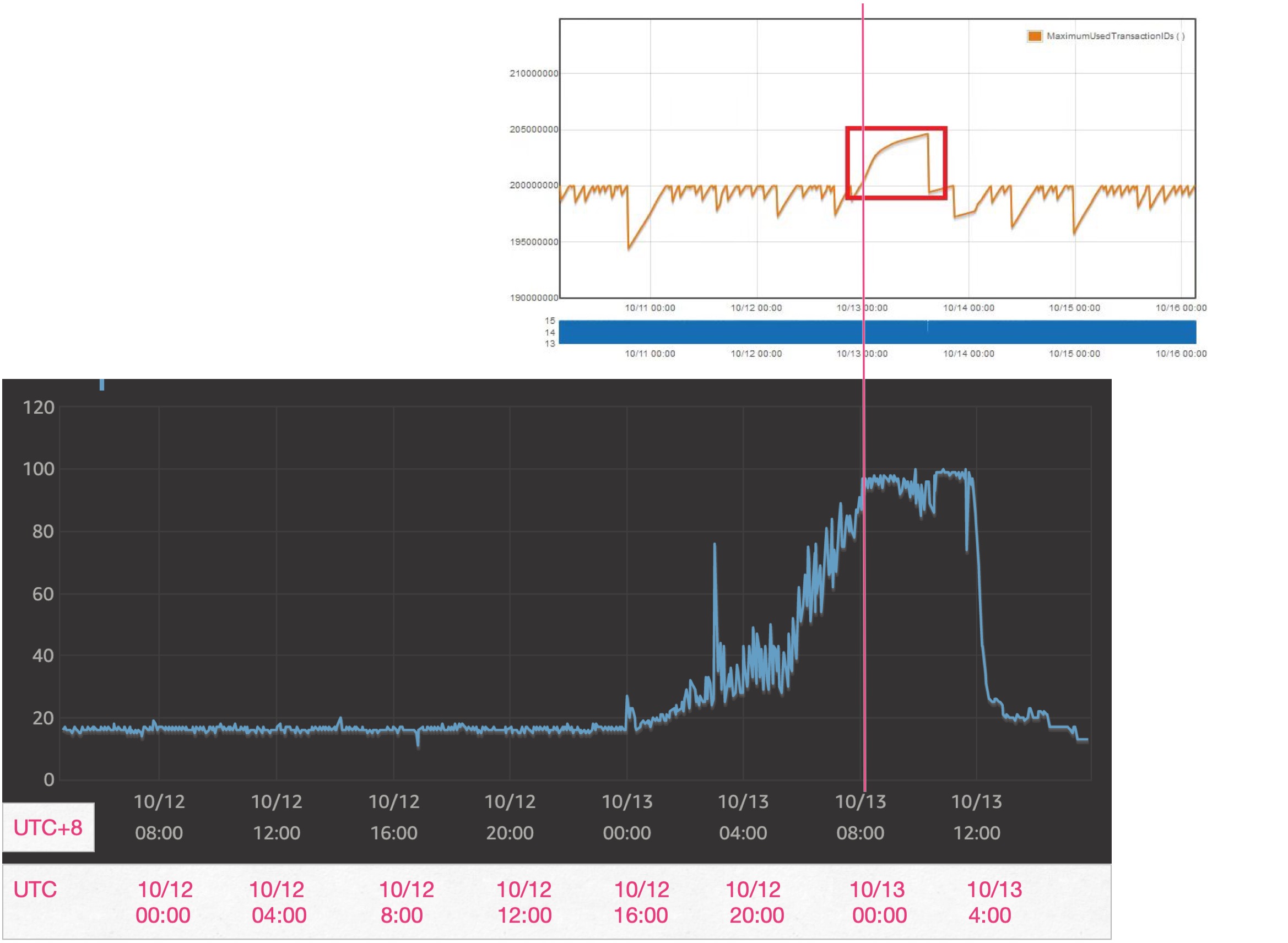 After few months’ effort but still didn’t found the root cause, AWS’s support team give us following advices:

There is a long running query that keeps your CPU busy and keeps autovacuum from cleaning up dead tuples. A long queries implies a long transaction.

The query takes long because of all the dead tuples.

Kill the long running query with pg_terminate_backend, and things will go back to normal.