I want to create an agent job and collect some data on my server, e.g. every 10 minutes. But I would like to kill the job if it does not finish within a specified time period, e.g. after 5 min. I have searched a bit and there does not seem to be a lot of information on this topic and some say I have to create another job to kill the first job.

Let’s take as an example this query that will run for 60 seconds:

We want to stop it if the query runs for more than 10 seconds.

So we create an agent job and as step we set this query:

This query basically is doing 3 things:

Don’t forget to assign the Agent Job to a valid user, in my case is sa but you can choose whatever you want: 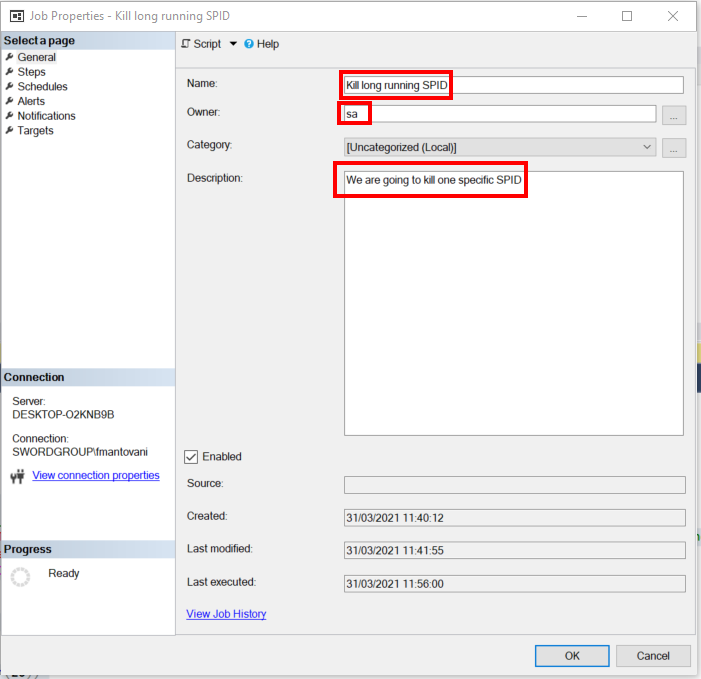 We are going to make it run every 10 seconds because we cannot set it to run every second. It doesn’t matter, it’s just an example, then you will set this up to 1 minutes or 5 minutes in your real life problem: 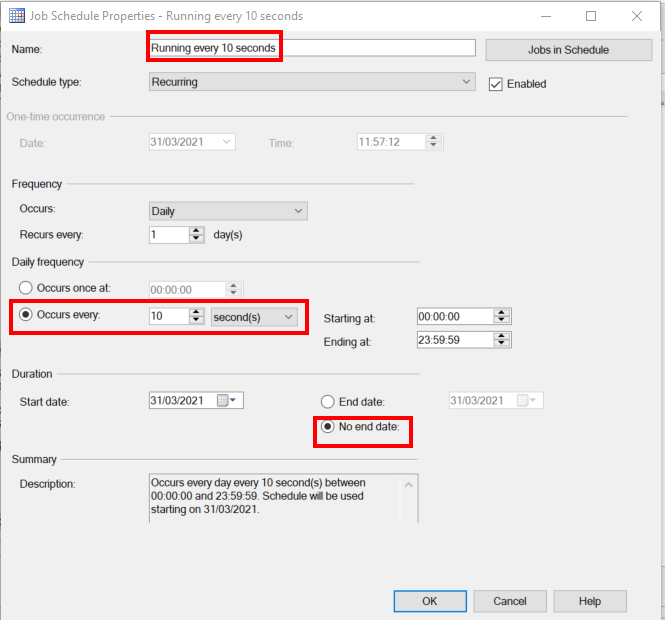 Done, as you can see the query was terminete after around 10 seconds: 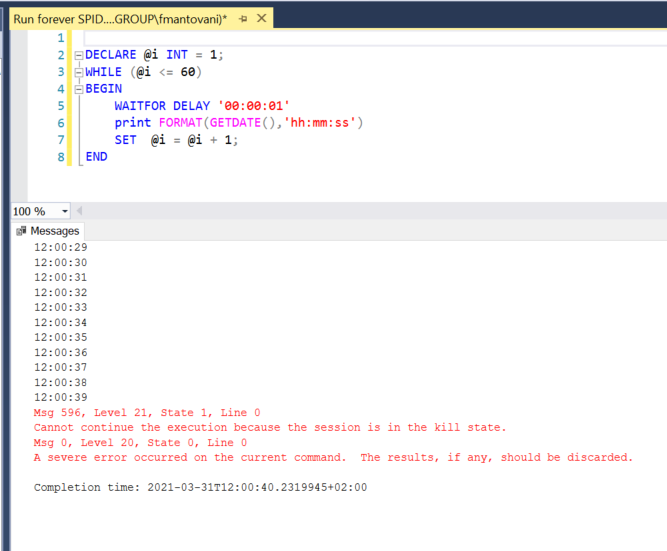 Frankly I believe such delay will be less important if you deal with minutes instead of seconds.