Is it possible and how to run just one (instead of two) maintenance plan, all 7 nights of week, with condition that on 6 days the 1st step is one (Reorganize Indexes) and on the rest 1 day of week the 1st step is another (Rebuild Indexes) ? 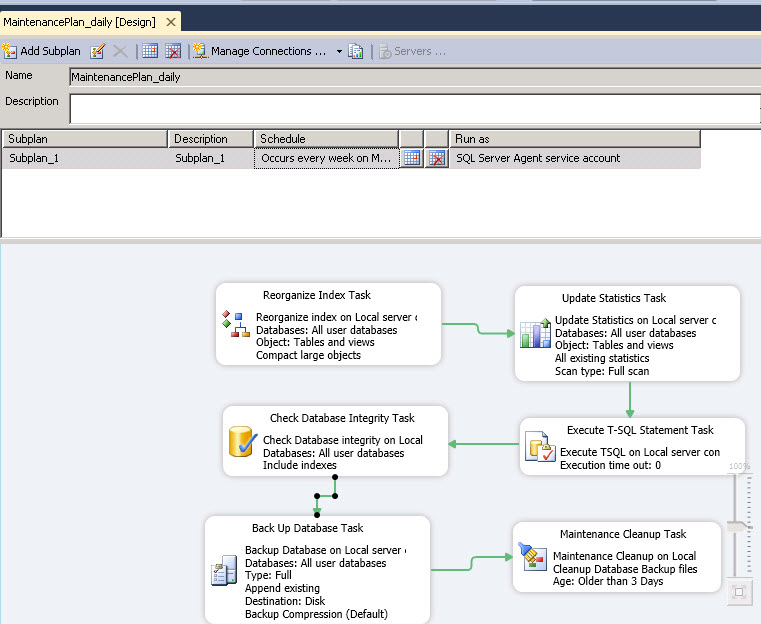 The one thing you want to add is an Expression Task, which is an awesome addition to SQL Server 2012. You could use the DATEPART SSIS expression to determine whether it was a weekday or weekend based on the system variable for package start time. Now I am not the best with expressions but this would be the one I would use:

This will return a number between 1 and 7, with 1 = Sunday and 7 = Saturday. So from that task you would have two precedence constraints going to each path of your maintenance plan. If the value is 1 (one) then it goes to the rebuild index task, if it is anything else it goes to the reorganize task.

Although if I was going into this much detail I would stop using the index task with maintenance plans. I would suggest going to using T-SQL code that actually helps you maintenance the index fragmentation much more efficiently. I will say though I don’t know if SQL Server has improved in 2012 with the index task. The most well known solution for index fragmentation management can be found here, Ola Hallengren.