However, there’s no clear answer about TDE, I know TDE was always a Enterprise feature, but just wanted to be sure before proposing SQL server 2016 with SP1.

Can anyone please refer to a written/documented proof whether SP1 with Standard Edition will have TDE or not? 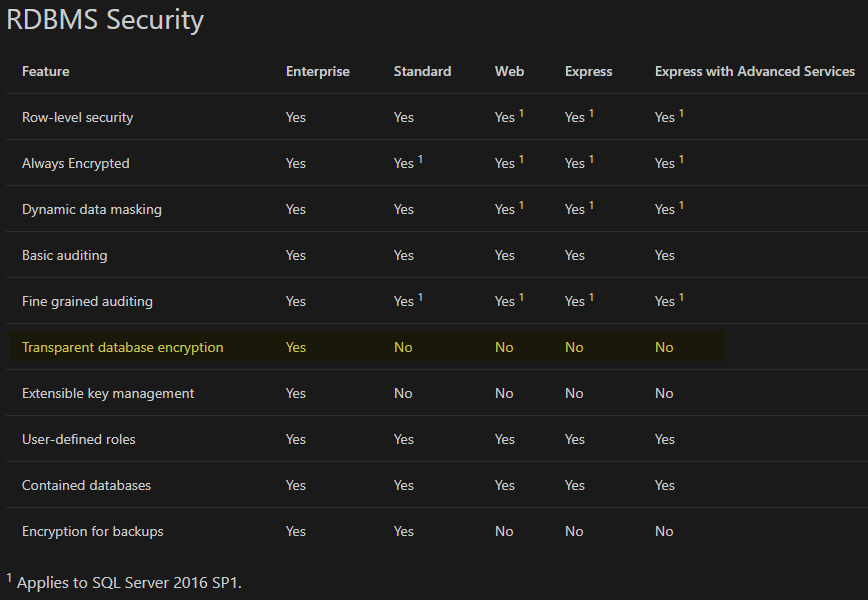 You can find more details on the official SQL Server Release Services blog. The matrix there shows all new additions in SP1, to enable a common programming surface. Reproduced below in case the link stops working.

The following table compares the list of features which were only available in Enterprise edition which are now enabled in Standard, Web, Express, and LocalDB editions with SQL Server 2016 SP1. This consistent programmatically surface area allows developers and ISVs to develop and build applications leveraging the following features which can be deployed against any edition of SQL Server installed in the customer environment. The scale and high availability limits do not change, and remain as–is for lower editions