I recently upgraded a SQL Server from 2008 R2 to 2016 and a SSIS package on the SQL server (in msdb) contained ActiveX Script Tasks. So I exported the package and got the code out of the ActiveX Script Tasks and updated it in regular Script Tasks, pretty simple package. I imported the SSIS package back onto SQL Server (in msdb) and thought all was well. As the job showed it executed and completed successfully. I am later notified that nothing happened that the package should of done. I even executed the package manually in Integration Services and yet still nothing other than it running in about .15 seconds (which this job should take about 5 seconds) and showing it completed successfully. The package actually does its what it is supposed to do when ran from a VS 2015 (with SSDT) project, but does nothing when it is on SQL Server. Has anyone experienced this!?! I recall something about 32bit runtime vs 64bit runtime but I wanted to check here first. Any solutions? I’ve even started from scratch with a NEW project too. 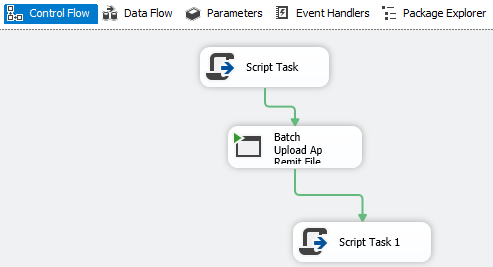 I was completely unaware that Deployment Target Version defaults to SQL Server 2017 in Visual Studio 2015 SSDT … It ran fine once I had set it to SQL 2016… I feel like a fool.