This question already has an answer here:
MAXDOP not working?

Ever since Windows 2008 I’ve noticed the following behavior:

I’m using a windows 2008R2 VM with two vCPUs but this also works on a physical server.
I’m using SQL server 2008 R2 for this example.

Make sure you have processor affinity set to AUTO (the default):

Run a query that will utilize a single core at 100%:

In my pictures, _Total is highlighted (black) and both seperate CPUs are red and green.

But instead I get this: 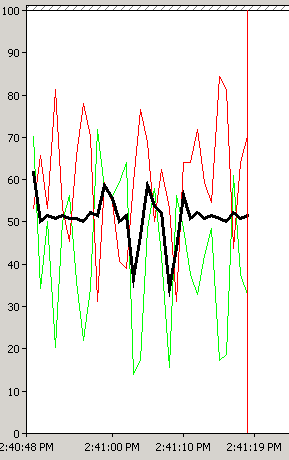 It seems as if the Windows OS Scheduler tries to divide the load across both cores by alternating the task between cores.

Set the processor affinity explicitly to use all cores. From a SQL cpu perpective everything is still the same. SQL Server still has goth both vCPUs are both usable.

When I run the same query I get the graph that I was expecting: 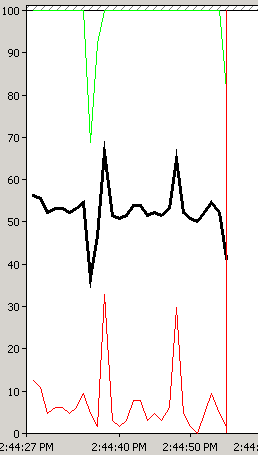 For the most part of the time, the task is running on one core only. In this case the green one.

This last graph is basically how it was in pre windows 2008.

1: The scheduler is moving the load between cores. This is a known behavior.

2: Because the processor affinity is actually a core affinity and you can not move a task away from a core if that is the only core allowed to run it.

3: Not really. Things get a lot more complex because of parallelization anyway. In general, SQL Server – unless you do very complex analysis – is a lot more memory / IO bound than CPU bound. Now, with SSD you can actually overcome this – but mostly I dont see that.

You can find that a query uses a lot of CPU – which is always something nice to optimize – but not necessarily whether it is single core bound.

If you need that, maybe an instance configured to use only one core may work. I mostly find that to be of limited use – because in large scenarios, as I said, you either are not CPU bound or with paralellism not single core bound.